In the final phase of the Battle of Passchendaele the Canadians manage to recapture the ruins of Passchendaele, with great difficulty and at the expense of many lost lives. Their commanding officer, Arthur Currie, is considered to be one of the best military managers in the war. His prognoses on the efforts and the losses to be expected turned out to be completely accurate. A very remarkable figure from the Canadian army is without a doubt Francis Pegahmagabow. He has Canadian-Indian roots and is one of the best sharpshooters in the First World War. He is responsible for eliminating almost 400 German soldiers all by himself. He was also a scout, a messenger and he excelled at guiding troops over the battlefield. He was given a record amount of decorations and awards as a native Canadian. After the war, he works himself up to be a chief and is an advocate for the rights of native people in Canada. In 2016, almost 100 years after the war, Pegahmagabow is given a statue in Canada. 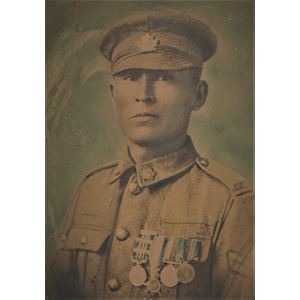